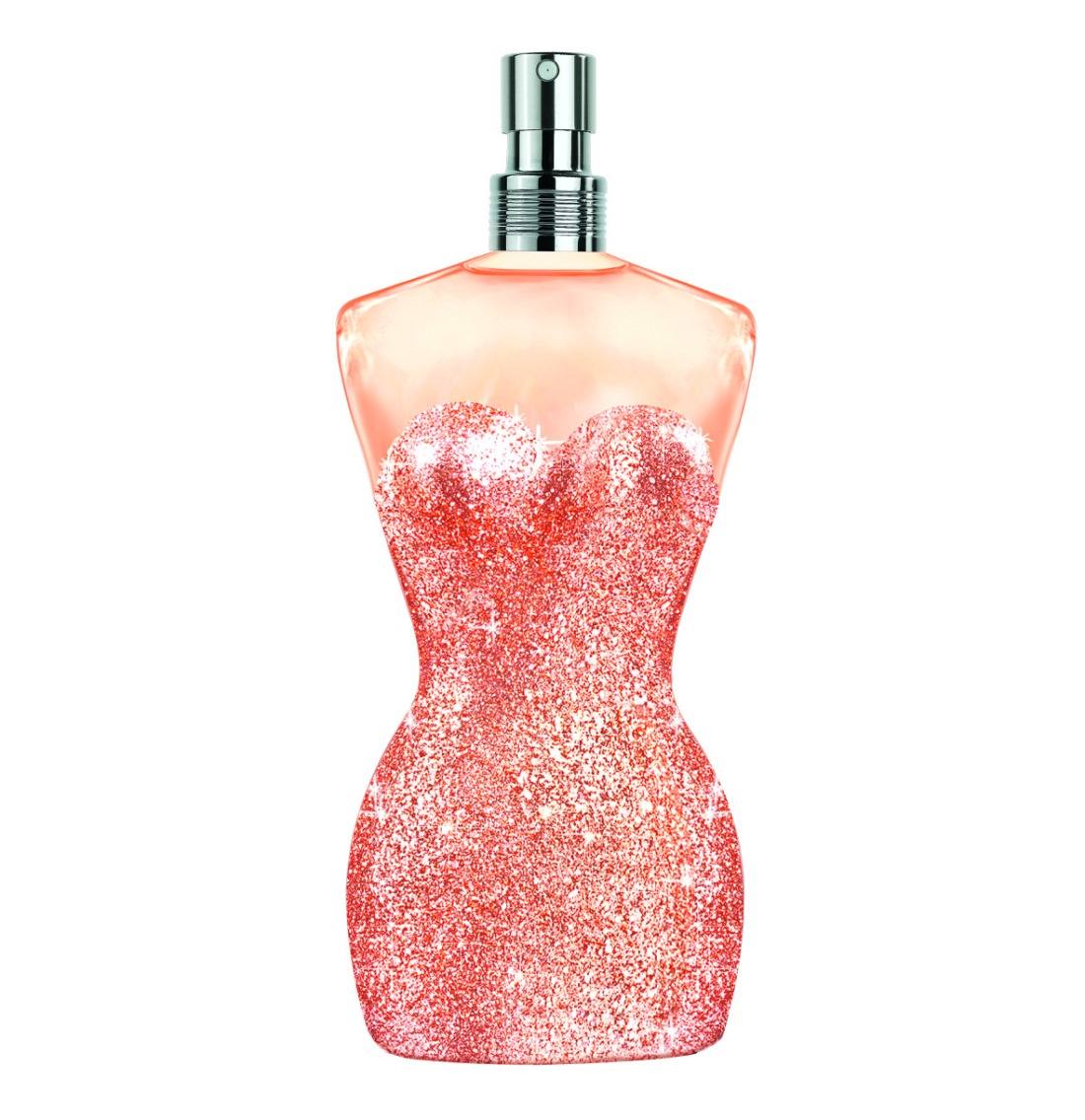 “Classique” made its début in 1993 in a body shaped bottle with voluptuous curves, armed with a satin corset. The woman it embodies stands tall like a conqueror, asserting both her powers of seduction and her unabashed femininity. As the antithesis of how the femininity is portrayed in traditional perfumery, the Classique woman is sensual to the extreme.

In 2013, “Classique” Intense pours her wasp waist and sculpted hips into a golden corset. With black liner on her eyes, a scandalously red mouth and sky-high stilettos, Classique Intense is a femme fatale who knows how to manipulate the codes of seduction. A beauty who enthrals anyone who dares to glance her way.

Now, here in 2015 the icons are developing into divas… In the privacy of their dressing rooms, the two stars slip their stunning bodies into glittering sheath dresses: pink for “Classique” and gold for “Classique” Intense.

Just before going out onto the stage, they glance at themselves in the mirror… They are sexier and more glamorous than ever, radiant and ready to unleash their charms. Shown in the new bottle design, which catches your eye from afar.

We tried out the ‘Classique Intense’ – The fragrance comprises of, tiare flower which nestles in an overdose of gourmand notes. Wafts of orange blossom, vanilla and patchouli then make their entrance, playing the role of irresistible sensuality. We think this is your perfect evening scent for your glamorous night out; with an eye catching bottle & that deep night-time fragrance. Great to finish off your outfit for that effortless night out.